Coined as the ‘Black and Gold’ series, these Press Advertisements are the epitome of a forward-looking property development brand awareness movement. The full jacket wrap appeared in major papers across the nation sending a wave of buzz of not just the featured developments but also of EcoWorld Group of Companies itself, as an organisation with clear visions.

Exceptional perspectives showcasing the developments’ architectural concept and planning were presented with sleek minimalism. The series of Press Advertisements were both distinctive as well as captivating to its targeted market. The highlight of this campaign particularly is that 57 pages of Final Artworks were released simultaneously across major dailies in Malaysia in the span of three days. 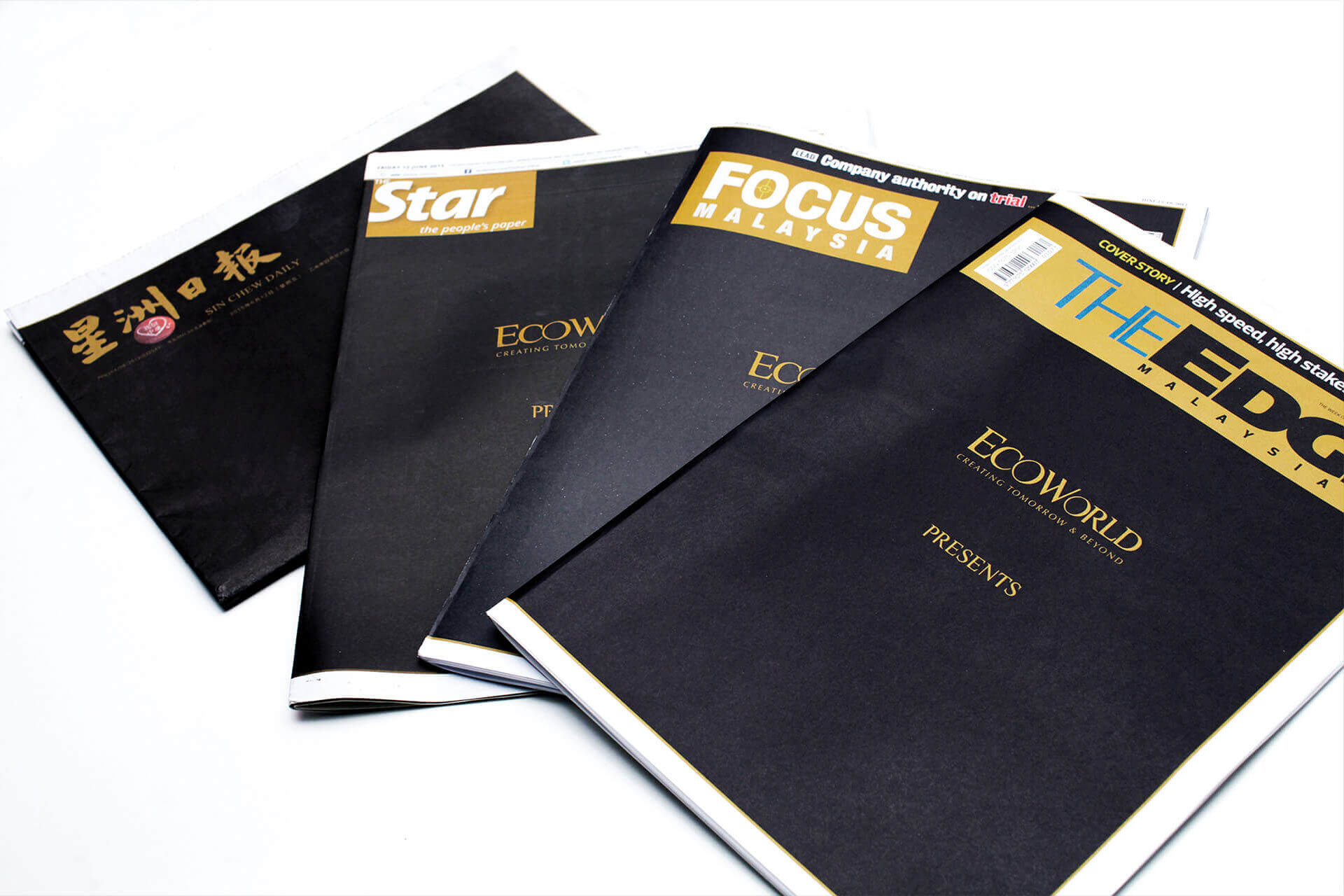 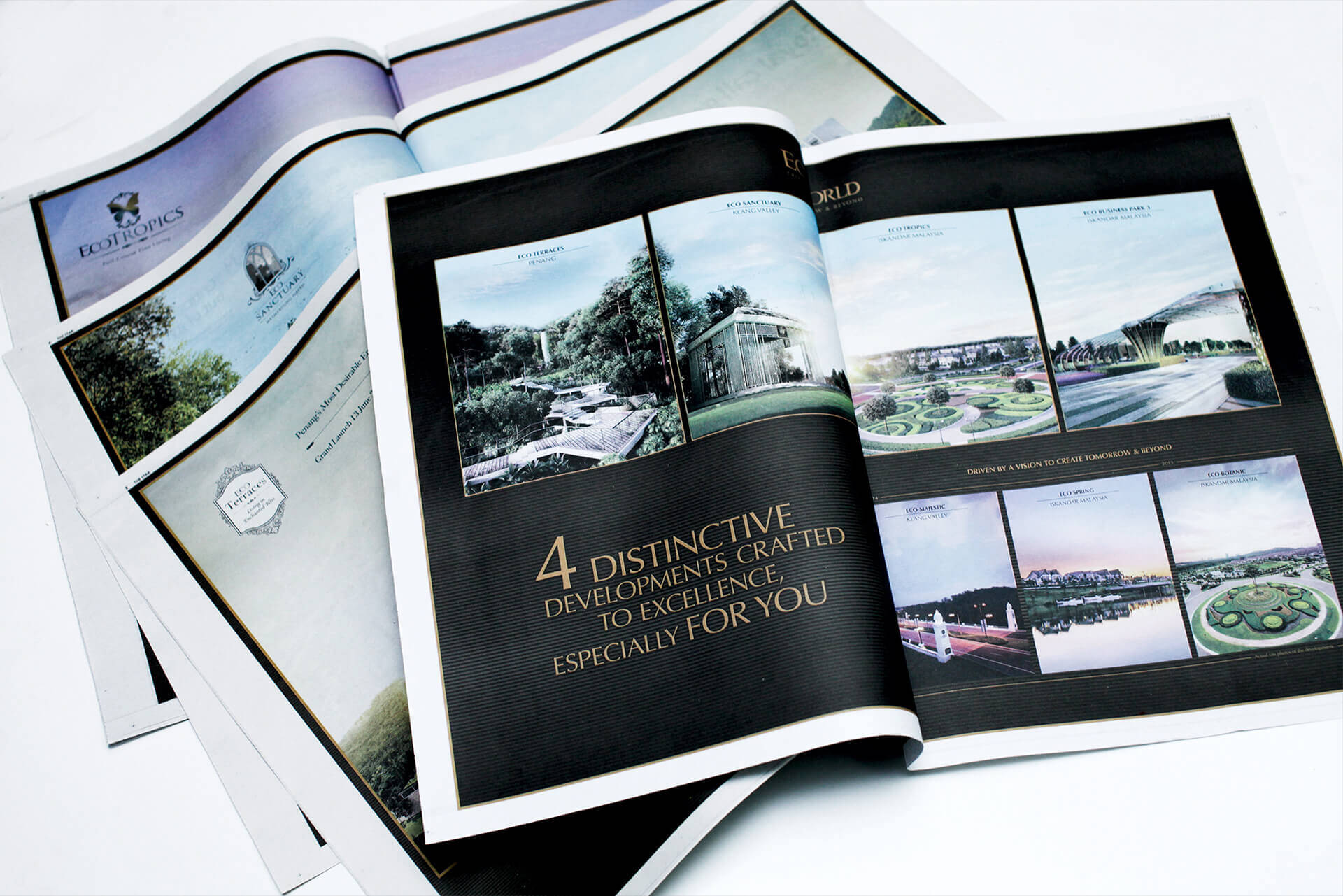 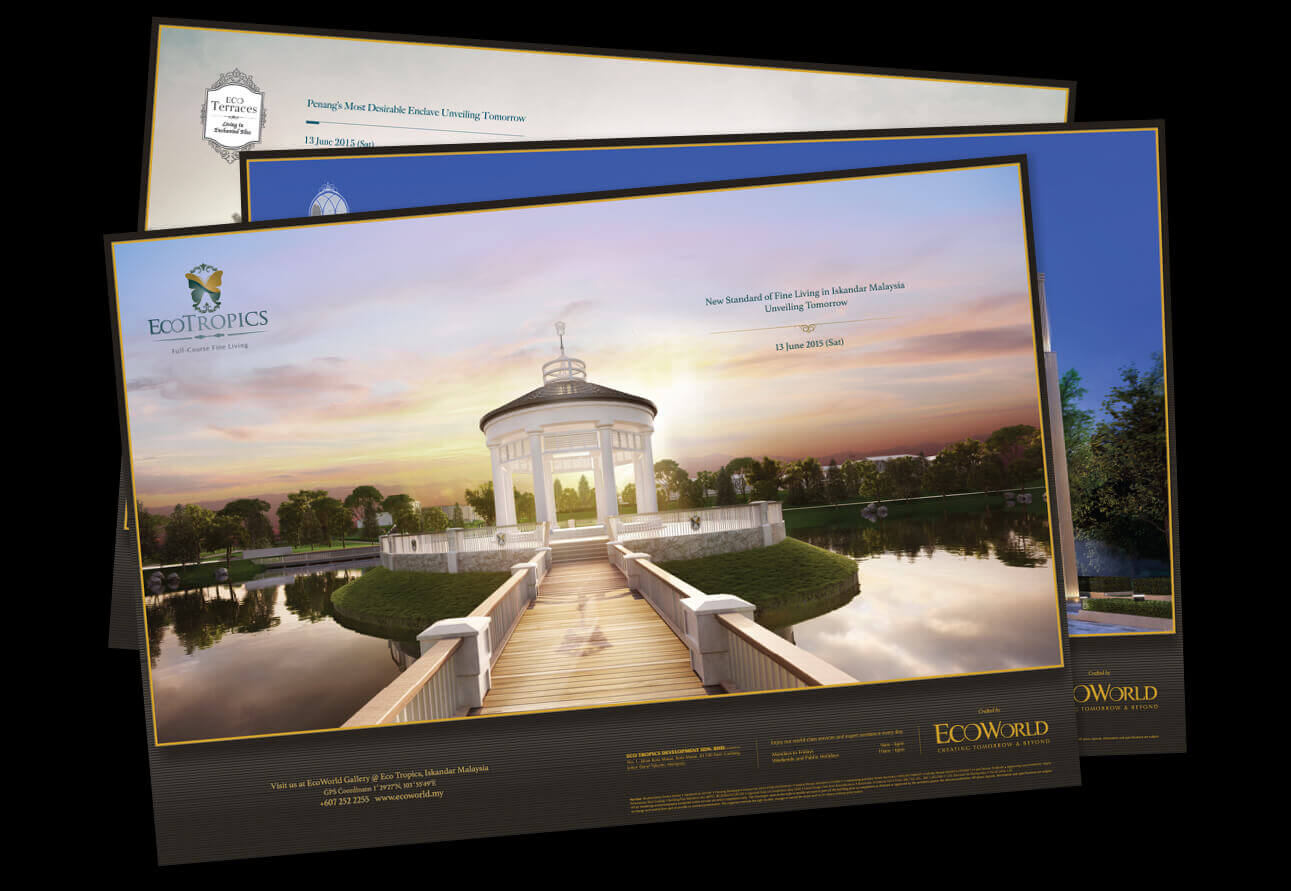 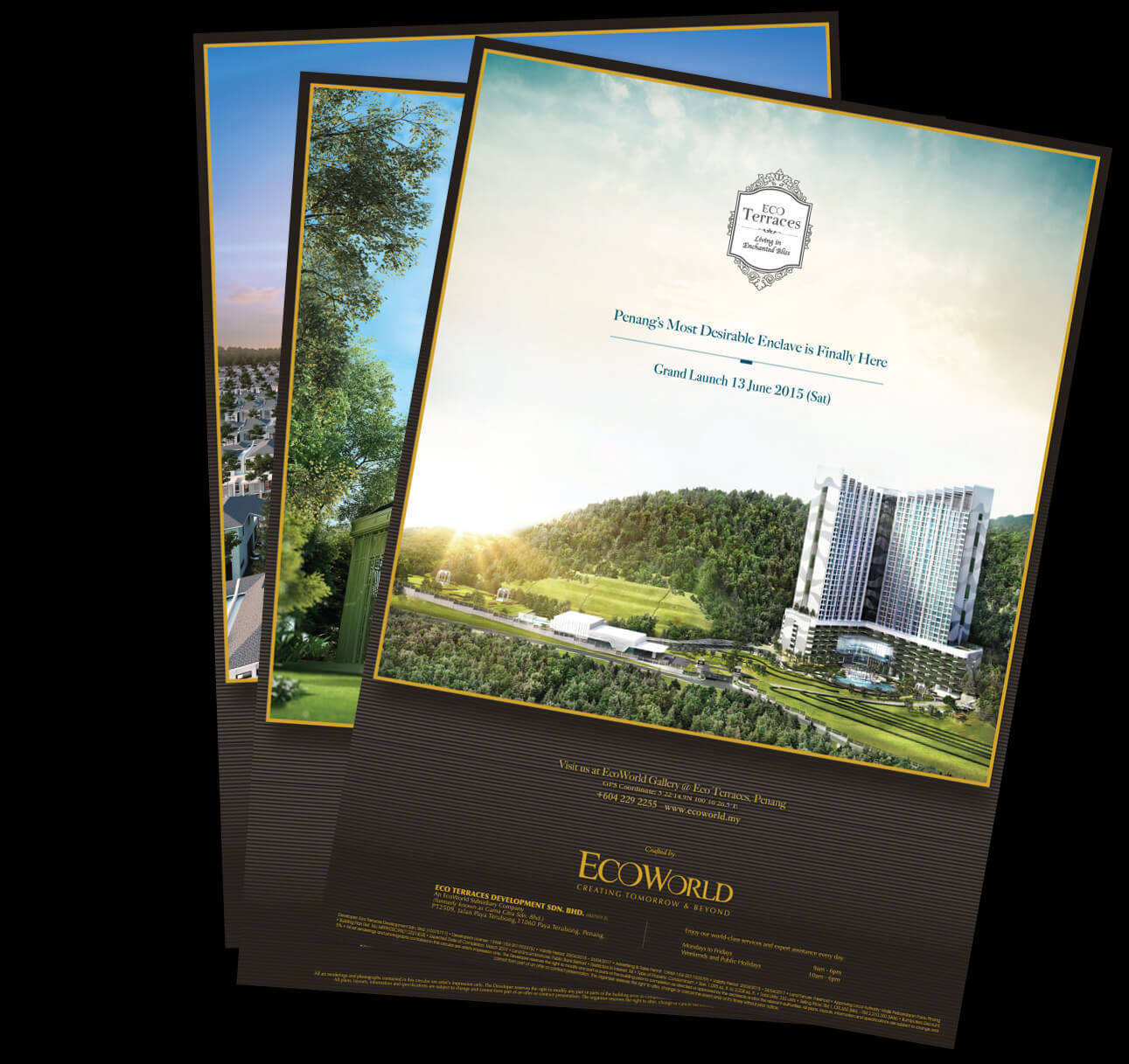 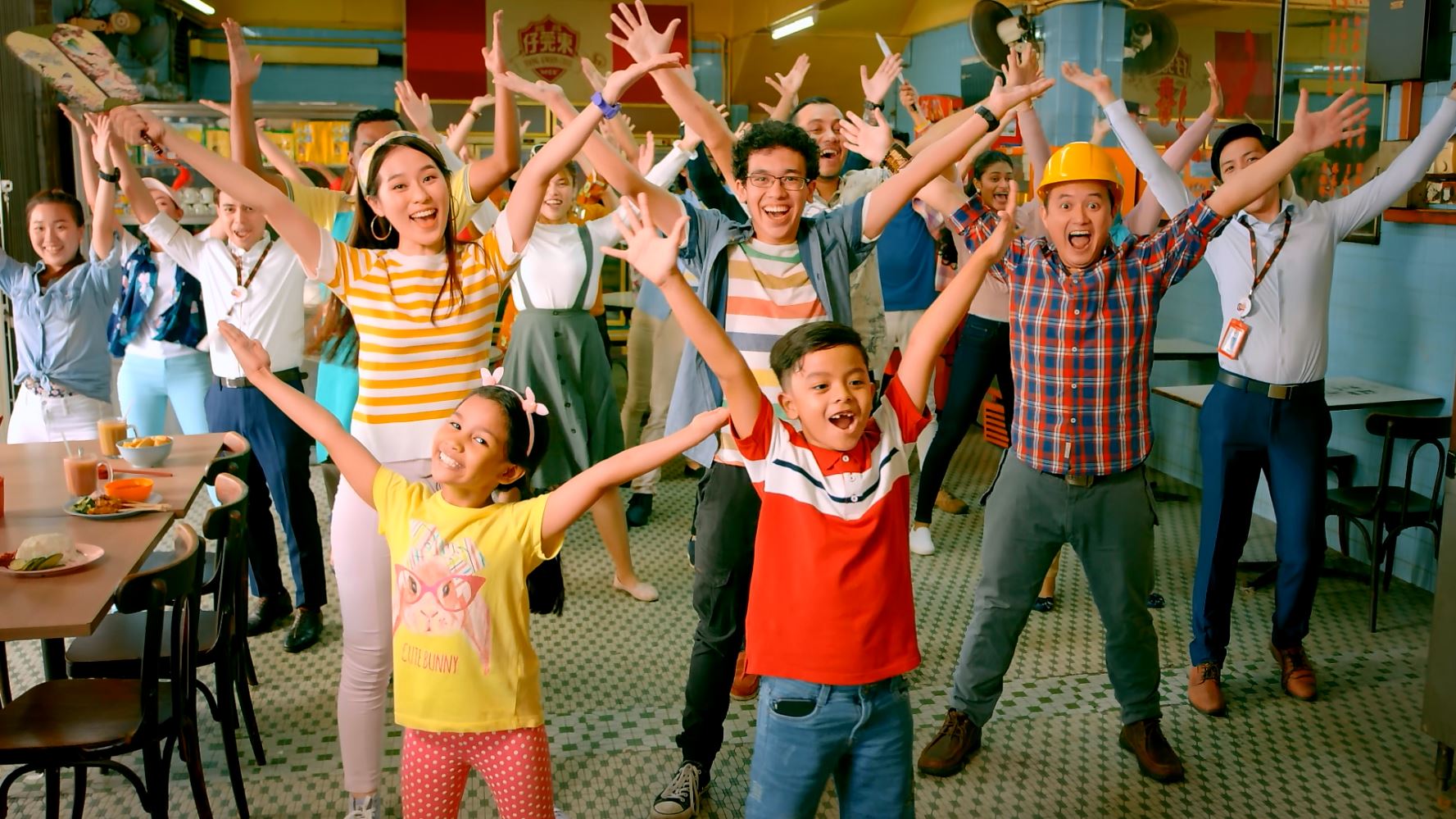 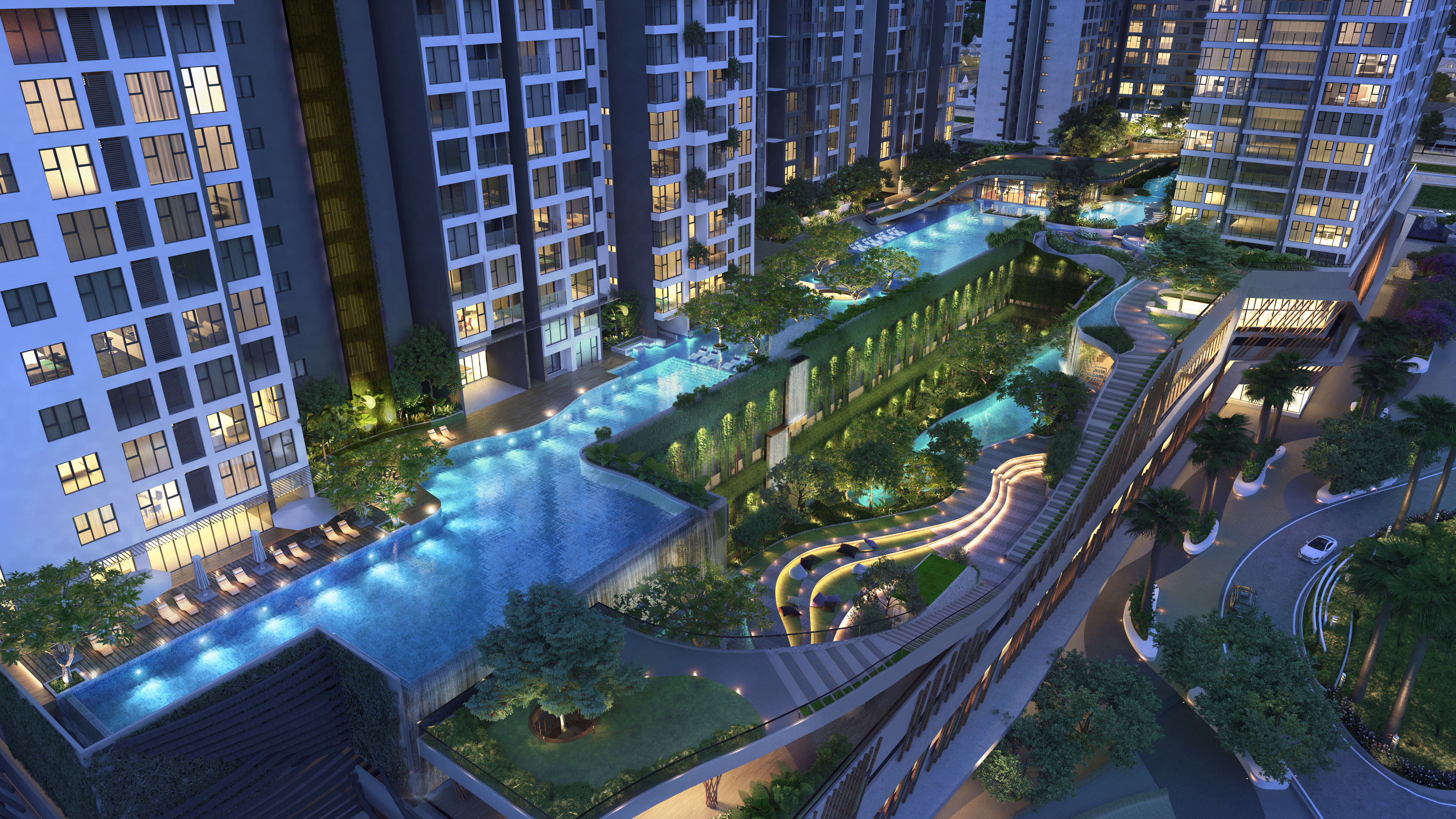