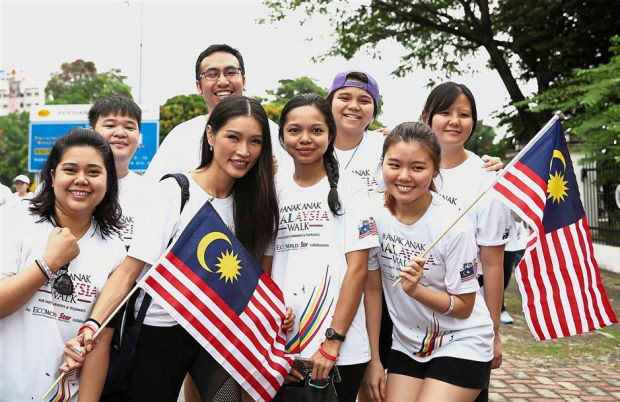 Forefronteers posing with model Amber Chia for photographs during the walk.

Some groups were spotted singing various patriotic songs enthusiastically as the walk progressed while others waved the Jalur Gemilang with fervour.

Despite the early morning shower, parents turned up in high spirits with their children in tow. Some were even dressed for the occasion, reflecting the true spirit of Malaysia.

Along the walk, participants enjoyed giveaways from beverage maker Yeo’s and CIMB Foundation. They were also entertained by a special drum performance by school students.

A special booth was also set up by co-sponsor EcoWorld Development Group Bhd for the walkers to take selfies.

As soon as they crossed the finishing line, the participants rushed to take photographs with two giant #AnakAnakMalaysia wristband models as well as a special open-top bus adorned with the campaign logo and caricatures of everyday Malaysians.

There was also food from trucks parked near the finishing line for hungry participants to enjoy while watching entertaining performances by the EcoWorld team.

The #AnakAnakMalaysia Walk was organised by Star Media Group Bhd in collaboration with EcoWorld. 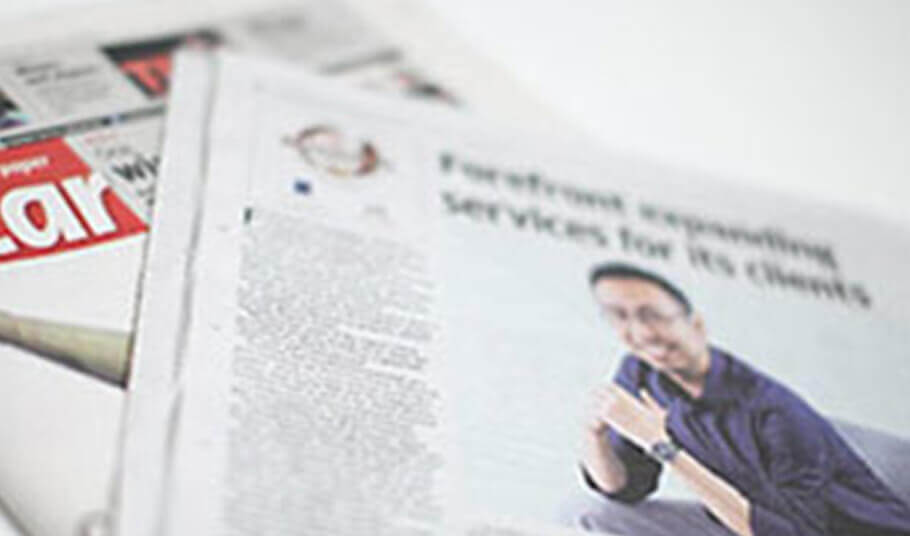 FOREFRONT expanding services for its clients 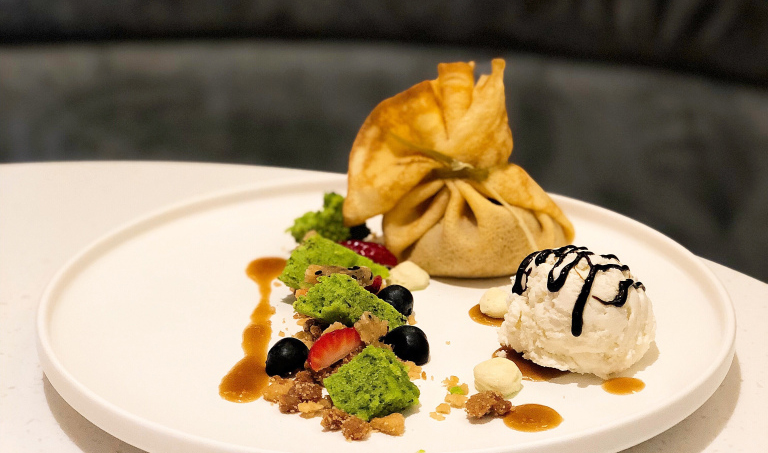